A storyteller by trade, Jeff has helped dozens of companies grow their talent from within through engaging training and communication models and media since founding Infinitude Creative Group in 2000. Under his leadership, Infinitude has developed a reputation known as much for its engagement as its innovation, earning many Brandon Hall Awards in multiple categories. He is on the board of the Dallas Chapter of the ATD, as well as the board of My Possibilities, a North Texas organization committed to serving adults with special needs. Jeff is a graduate of the University of Southern California School of Dramatic Arts, an active advocate for the special needs community, a Seinfeld historian, and an obsessed fan of the alternative band Barenaked Ladies. 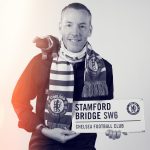